Chemists are manipulating the greenhouse gas to make clothing, mattresses, shoes, and more

More than a decade ago, chemist Charles Dismukes of Rutgers University in Piscataway, N.J., began looking at acetogens and methanogens to use atmospheric carbon. He was intrigued by their ability to release energy when making carbon building blocks from CO2, a reaction that usually requires energy. He and his team focused on the bacteria’s nickel phosphide catalysts, which are responsible for the energy-releasing carbon reaction.

Dismukes and colleagues developed six electrocatalysts to make monomers at room temperature and pressure using only CO2, water, and electricity. The energy­-releasing pathway of the nickel phosphide catalysts “lowers the required voltage to run the reaction, which lowers the energy consumption of the process and improves the carbon footprint,” says Karin Calvinho, a former student of Dismukes who is now chief technical officer at RenewCO2, the start-up Dismukes’ team formed in 2018. 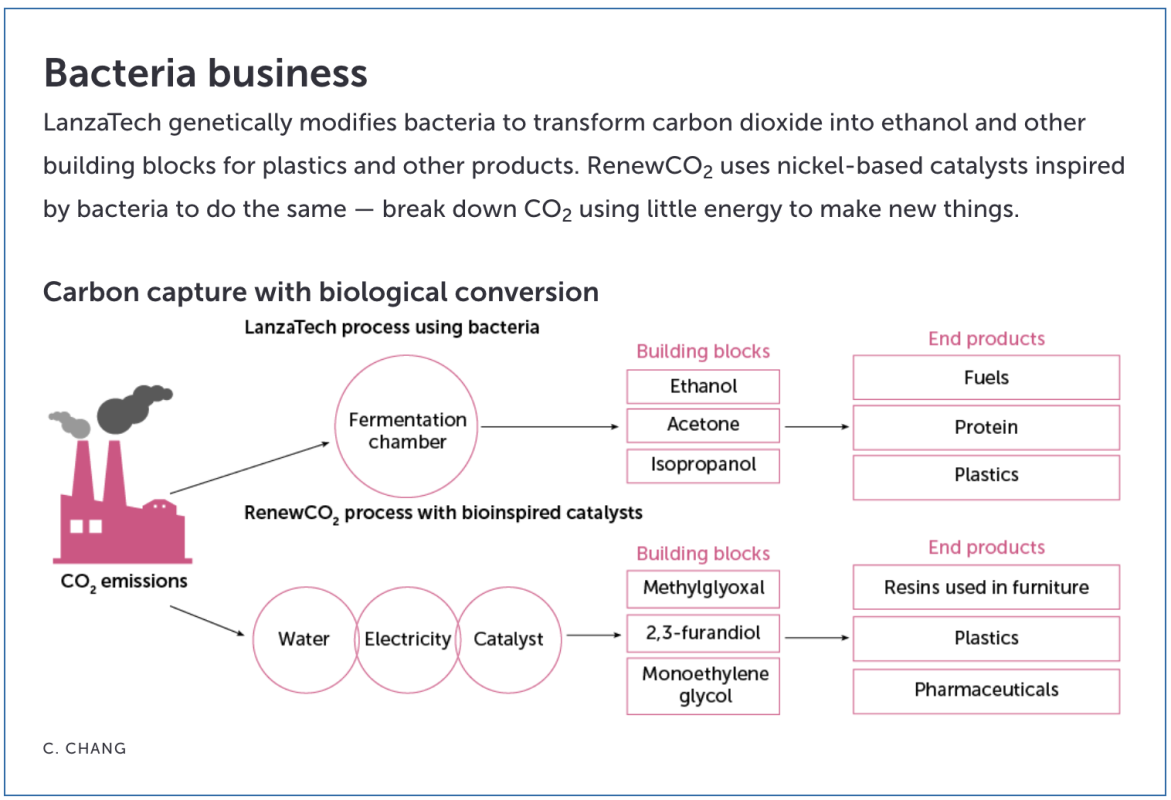 RenewCO2 plans to sell its monomers, including monoethylene glycol, to companies that want to reduce their carbon footprint. The group proved its concept works using CO2 brought into the lab. In the future, the company intends to obtain CO2 from biomass, industrial emissions, or direct air capture.